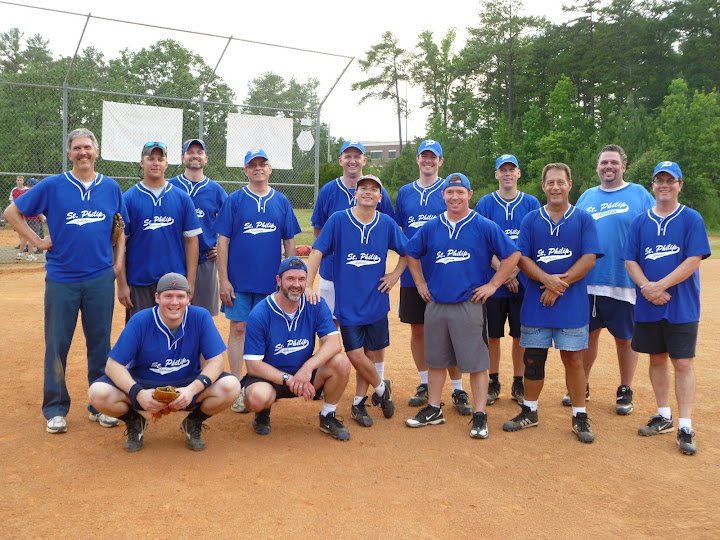 We play once or twice a week during the season, which typically begins in mid-April and ends in late July (including a single-elimination tournament). All men of at least 14 years of age are welcome to play.

For more information about the league or St. Philip’s team, contact Mike Davis.

Bay Leaf Baptist is north of I 540 off Possum Track Trail off Six Forks.

Friendship Baptist Church is located at 5510 Falls of Neuse Road

St. Philip entered the end of season single elimination tournament as the #7 seed. In the sweltering July evening heat, our team played a good game against Bay Leaf Baptist, but did not advance into the second round. Despite the loss in the first round, it was a good season for the ‘boys in blue’. Joining our veterans this year were several new faces and two younger men, Brennan Davis joined his dad, Coach Mike Davis, and Jake Gibson joined his dad, Steve Gibson. It was great to have two father-son duos – we appreciated the young legs, good arms and solid hitting. More importantly, the fellowship and camaraderie on our team was excellent. Going into 2020, consideration is being given to becoming a mixed league. It would be great to see some women join the ‘folks in blue’. We look forward to the 2020 campaign. 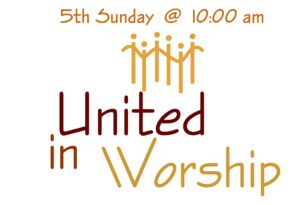